The design that would become the Fokker G-1 was very unusual at that time. The air forces of the thirties ordered for each task a specifically designed aircraft. The specifications that dictated the emergence of the typical Fokker G-1, however, were quite different in nature, something that had not seen before.

There was a plane to be developed which should be capable of a large number of different tasks. It must be capable to fly patrols, but carry out interceptions too. To be able to serve also as a reconnaissance aircraft, there had to place for an observer. There had to be a possibility to act as a light bomber and ground attack aircraft. For this, a bomb bay and a strong armament was deemed necessary. Such a fighter could be of great value for the air force. It was a formula that was developed in many countries in the thirties, called "aircruiser".

Led by engineers and Beeling and Schatzki, head designers of Fokker, the G-1 was designed and built in a record time of seven months. This was launched in March 1936. Then the later so called "G-1" was still on the drawing board known as Fokker Design 129. Direct from the start of the design process the intention was to design an aircraft, which had to be capable for a variety of purposes.

Such a plane with a high speed, flight range and large armament meant that it should be a twin-engine plane. A plane with a double tail was chosen, so the airflow caused by the engines could be exploited to the max. Each nacelle was equipped with an engine. The central gondola housed the crew and armament. Like all Fokker designs from that time, the unit had a mixed construction. 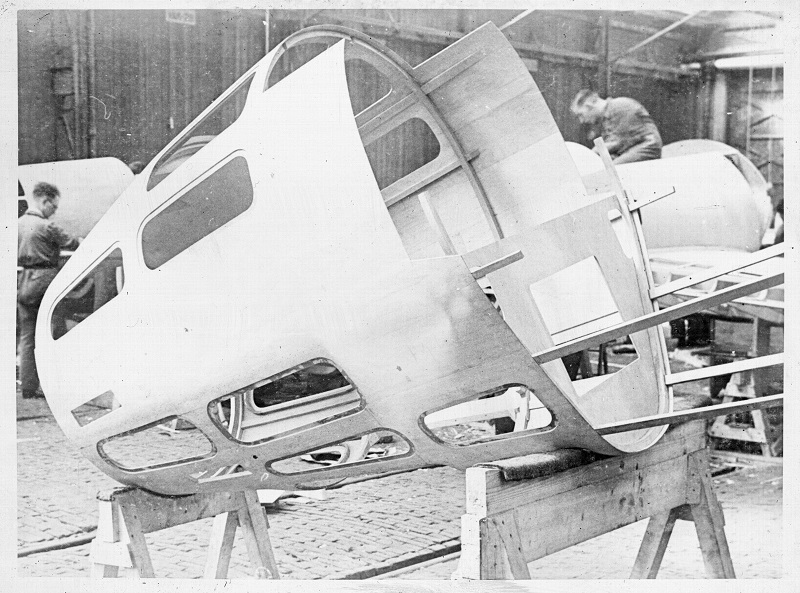 The front cockpit was built around a tubular frame covered with removable aluminum panels. This frame was attached on the front spar of the wing. The armament in the nose was suspended from this frame. The rear portion of the cockpit was made ​​of a wooden frame covered with plywood. The belly of the fuselage had two major parts, fitted with plastic windows, convenient for observation. Also there was a bomb bay provided under these doors, for 400 kg bombs. The back of the fuselage was closed by a fine conical turret, which could rotate completely around its axis. In this way a full firing range was formed; same solution was used by Fokker on the Fokker T.5.

In the wing between the fuselage and engine nacelles the fuel tanks were mounted. The wings were also made of wood, with a glued plywood covering, a method that also was used by Fokkers successful passenger aircraft. All steering parts were metal frames fitted with linen upholstery. The tail booms were made ​​of aluminum, except for the wheel compartments. The horizontal stabilizer, between the two tail booms, was made ​​of aluminum, with in the center the tail wheel. For the propulsion of the prototype a Hispano Suiza radial engine of 750 hp was chosen.